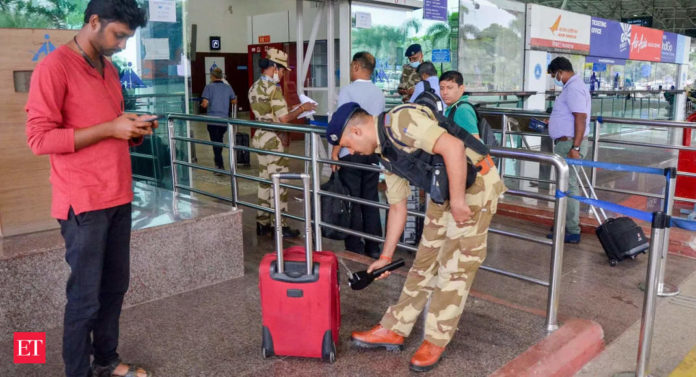 CISF personnel performing non-core duties at 60 airports within the nation can be changed by non-public safety personnel, an official launch mentioned on Friday. The transfer will scale back the safety expenditure, the Airports Authority of India (AAI) mentioned, and added that “these CISF personnel may be deployed at different airports which can additional strengthen the safety set-up.”

“According to the choice of the central authorities, a complete of 1,924 non-public safety company personnel can be deployed at 60 airports rather than CISF personnel, posted at non-core responsibility posts,” AAI mentioned within the launch.

“These safety personnel can be deployed after completion of the aviation safety (AVSEC) coaching programme at chosen airports,” it mentioned.

It additionally mentioned that as many as 161 DGR personnel for 16 airports are attending AVSEC coaching programmes and they are going to be deployed after completion of coaching from Saturday.

Already 74 DGR safety personnel have been deployed at Kolkata Airport from early this month after attending the AVSEC coaching programme, the assertion mentioned.

The deployment strategy of the remaining safety personnel is below course of, it added

Airports in Rotterdam and Eindhoven can solely take over a couple...